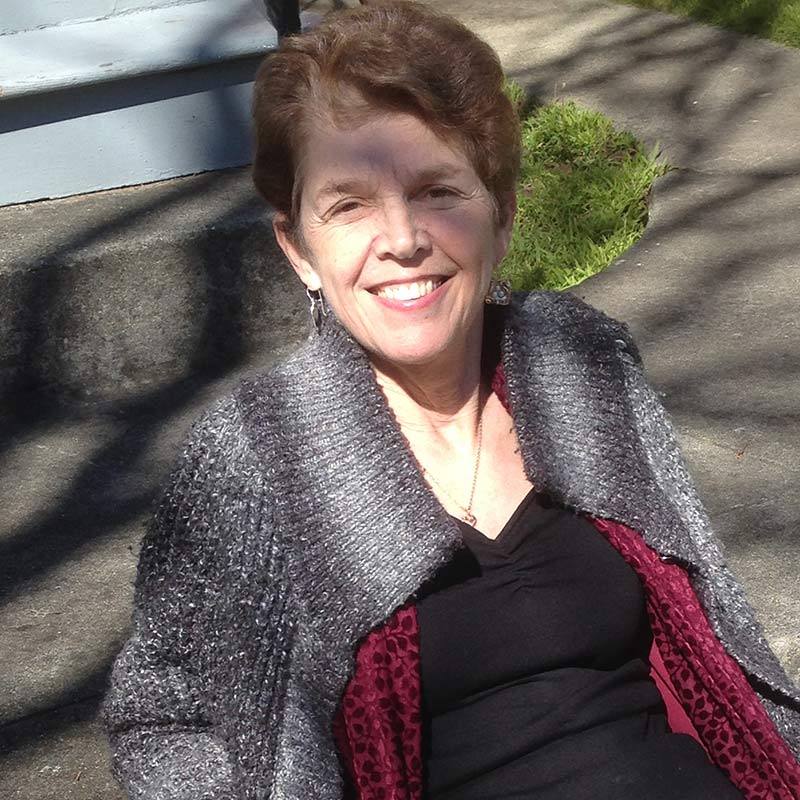 Bee is a fifty five year old, pretty, hippi-ish woman living in Fairfax, California. Unresolved grief about the death of her husband, Seymour, causes her to be stuck in her life, highly enmeshed with her teenage daughter, Bo, and disinterested in an uninspired relationship with her boyfriend, Fred. An undiagnosed brain tumor causes her to have sudden bouts of mania, which come with the inexplicable ability to quickly compose entire songs, disrupting the status quo of everything and everyone in her life. Finally diagnosed, she must undertake a healing journey to make peace with death and better live her life, by allowing Bo to individuate, separating from Fred, and finally saying goodbye to Seymour.

Bo is Bee’s boyish, attractive, seventeen year old daughter. She is an aspiring artist, interested especially in science fiction filmmaking. She is out as a lesbian but still carries an immense amount of insecurity about the possibility of being attractive to another girl, as well as her general value in the world. She wants to follow her dreams of going to college at Tische School for the Arts in New York City but is afraid of leaving her mother, both for her own sake, as well as out of concern for her mother.

Seymour is Bee’s compassionate, smart, creative husband who died many years ago of cancer. Before he died, he and Bee were musical theater actors together. They had a brilliant time in their nascent careers, which might have gone further had his illness not stopped him in his tracks, and required Bee to take care of him. When Bee receives her diagnoses of cancer, Seymour returns as either a hallucination or angel to guide her through the various stages of acceptance in her healing process, and ultimately to help her truly say goodbye to him and resume her life.

Bee’s boyfriend, Fred, is a fifty eight year old bedraggled man. He is a lawyer who is burnt out in his profession. He carries the secret of being attracted to young girls, though in all of his many years he has yet to act on this desire. Faced with the alarming news of Bee’s cancer, he finally gives himself permission to transgress and has sex with Bo’s new girlfriend, Sophia. Ultimately he is stricken with guilt over what he has done and turns himself in to the police.

Sophia is Bo’s seventeen year old, gorgeous, blonde, love interest. Sophia falls in love with Bo but is held back from her own happiness by the unresolved trauma of past molestations by older men, and the ongoing sexual abuse of her father. Unable to resist continuing to enact these traumas, she gets together with Fred.

Jude and Ruth are Seymour’s ex-wife’s children. One obese and one anorexic, they are both shallow and entitled. Upon Seymour’s death they managed to obtain nearly all of his inheritance, leaving Bee and Bo in difficult financial shape, and have not been in touch since. Upon hearing of Bee’s cancer diagnosis, they show up under the guise of being concerned, to try to get even more.

Out Of My Mind is a piece of musical theater that examines the intimate, dynamic, and mutually informative relationship between life and death. Afflicted with a brain tumor, its protagonist, Bee Bernhardt, succumbs to despair, but over the course of a healing journey replete with both episodes of mania and depression, she awakens to a more meaningful version of her life. The people in Bee’s life — her 17-year-old daughter, Bo, her deceased husband, Seymour, her boyfriend, Fred, and Bo’s first girlfriend, Sophia — are all affected, their lives changing as well.

Act I begins with a flash forward of Bee at the peak of her brain tumor-induced mania, attempting to jump out of a window under the delusion that she can fly. It then picks up three weeks earlier, presenting a clear picture of the mundane and problematic life Bee has been living since Seymour’s death… Bee is depressed about her failure as an actress, uninspired by her relationship with Fred, overly dependent on her enmeshed relationship with Bo, and unaware of Fred’s as yet unrealized sexual interest in young girls.

Everything changes when Bee starts to have manic episodes, in which she is able spontaneously to compose beautiful music. Bee is thrilled with her new ability but Bo and Fred are ambivalent. Fred, annoyed, feels increasingly compelled to act on his desire to be with girls. Bo, in turn, feels dejected by her mother’s inability to help her process her relationship with Sophia. Act I culminates as it began, with Bee so manic that she has become a danger to herself, and being taken by a police officer to the hospital.

Act II begins with Bee back from the hospital having been diagnosed with a brain tumor. It is now clear that the tumor has been the cause of her manic episodes. Bo attends to Bee who is only interested in alcohol, depressed to think her creativity was a side effect of the cancer. Fred returns from a bender, and, upon hearing about the cancer, decides to leave. Bee feels that she is doomed to die and doesn’t want to treat the cancer with chemotherapy and radiation.

Bee begins having visions of Seymour. He encourages her to sublimate her feelings into her music, and so Bee resumes composing. A visit from Seymour’s first wife’s grown children, intent on casing the joint for valuables they might inherit, convinces Bee to fight for her life, but only with such ineffectual new age treatments as health food and crystals. Bo is despondent and seeks support from Sophia, who mysteriously becomes less and less available. Bo acts out by getting tattoos and piercings, alerting Bee to the fact that she needs to be more attentive to her daughter.

Sophia finally shows up and Bo is elated, but then she smells Fred’s aftershave and realizes that Sophia has slept with him. She tries to scrape a tattoo of Sophia’s name off of her wrist, injuring herself. She ends up making a pact with Bee that she will never hurt herself again if Bee begins cancer treatment. Bee calls the police office to report Fred’s transgression and discovers that he has already turned himself in.

A month later, Bee is in the midst of her treatment. She and Bo discuss why Fred may have transgressed and make arrangements to get Sophia psychotherapy. Bee has another vision of Seymour and the two of them realize that she has evolved to the extent that she no longer requires his support, so they say goodbye. Bo is accepted to college in New York and Bee is finally able to accept her individuation. Act II culminates with Bee having befriended death, and feeling excited about all of the things she wants to do with the rest of her life.